Electrical installations don’t last forever – daily use and ageing can impact how well and, most importantly, how safely they work. Electrical Safety Testing can identify faults such as defective electrical works and overloaded circuits, which are just a few issues that carry with them risks of shocks and fires.

What is Electrical Safety Testing?

The results from your Electrical Safety Testing will be recorded in an EICR and provided to the person who organised the inspection. This legal document should contain the extent of the work, limitations, details of defects and potentially dangerous conditions, circuit charts and the test results.

Once your Electrical Safety Testing is complete, we can provide you with an EICR in a printed or digital format, so you’ve got easy access to it when you need it.

Why is Electrical Safety Testing important?

The Electricity at Work Act says that “all electrical systems shall be maintained so as to prevent, so far as is reasonably practicable, such danger.” How on top of your Electrical Safety Testing are you?

How often does my business need Electrical Safety Testing?

The frequency of your Electrical Safety Testing will depend on a number of factors, such as the type of installation, its use and frequency of maintenance.

Still unsure? We provide a free reminder service that lets you know exactly when your Electrical Safety Testing is next due.

If you’d like more information on our Electrical Safety Testing service, call 0800 055 6559 to request a free, non-obligation quote. Or, you can fill in the call-back form above and we’ll get in touch with you. 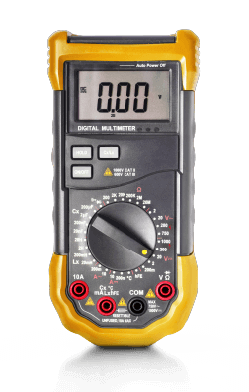 You can always contact our expert service team if you want to discuss your Electrical Safety Testing and servicing needs.